What Is The Carpenter Ant?

Most people think they know what the ant is. Well, they don’t know that there are a variety of different species of ants. It’s not just the common household ant that you spot in the home that you have to deal with. While this is likely the most dispersed ant in your area, there are also species like the carpenter ants that you have to worry about. They’ll oftentimes invade the home as well. They are similar with six legs, two antennae, and slim, thin waists. While most are reddish or black, some can be a combination of these colors.

These guys have extremely strong mandibles that afford them the ability to make quick work of wood structures, but it is their propensity to work together that makes them so well known in the ant community. All ants are known for working together, but it is the carpenter ant that takes this cooperation to a whole new level. They work together towards one common goal, the betterment of the colony. The workers can grow to be as big as ½ inch, whereas the queen herself will make it to 5/8 inches.

How Can I Tell When Carpenter Ants Are In The Home?

Regardless of what type of ant species you are dealing with, it will be key to spot the infestation early on. The earlier you spot it, the easier it will later be to deal with. Once ants have moved into the home and established residency it just makes matters all that much worse. This is why it is key to learn to spot the early warning signs. Here’s what you need to know about carpenter ants:

Sight: Keep an eye out for large back and red any foraging around the property. If you see these guys, there is a good chance you are dealing with an infestation of some kind.

Sawdust Trails: You learned earlier that the carpenter ant has extremely strong mandibles. They’ll use their mandibles to chew through wood. They however do not eat this wood. Instead, it is left behind as evidence. If you see small sawdust trails near wooden structures, you could be dealing with a minor infestation.

Sound: Hearing something pattering in the walls or on the ceilings at night while you are sleeping? It’s possible it could be carpenter ants. If you place your head to the wall and listen, you can hear these guys puttering around in the walls.

Winged Ants: While the carpenter ant typically likes to build their primary colonies outdoors in the ground, some members will break off and build secondary colonies in wooden structures. This is where those powerful mandibles come in handy. That being said, it is the winged members of the colony that break off and establish secondary colonies. If you see these guys flying around the property, it’s a good chance you are dealing with two colonies.

Why Do People Get Carpenter Ants?

Carpenter ants are just as opportunistic as the regular household ant. They’ll usually establish their second residency in decaying wood. This is only after they’ve established a primary colony underground and it has reached its maximum size. If the colony never reaches its maximum size, they will likely never establish residency in wood around the property. However, that doesn’t mean they still won’t get inside the property. These critters build their primary colonies underground, but they also build extensive tunnels leading in and out of the property so they can forage food.

Are These Critters Dangerous?

Some species of the ant will bite and sting like the fire ant, but as far as the carpenter ant goes, they don’t pose a threat. They don’t bite, they don’t sting, and they don’t carry diseases, but that doesn’t make them any more enjoyable. Plus, there is always the potential for structural damage to the property. These guys like to burrow in wood, so they have a propensity to destroy wood with their strong mandibles. They’ll also ruin your food products once they invade them. While they don’t carry diseases, it’s not a pleasant experience ingesting these guys.

How Do I Get Rid Of Carpenter Ants?

Carpenter ants, like other species of the ant, can be extremely difficult to get rid of. This is because they not only have a strong propensity for cooperation, but they build extensive tunneling systems leading in and out of the home. It only takes missing one of the tunnels or one ant for the colony to survive. If one lives, they can go on to rebuild and reproduce. It won’t be long and you’ll be dealing with an entirely new infestation. This is why elimination is a job best left to the pros. Elimination usually requires tricking the ants into tracking back poison to the colony and inadvertently poisoning the rest of the members.

Can I Do It Myself?

Eliminating carpenter ants usually requires tricking one of the workers into tracking poison back to the colony where it will be ingested by the other members of the colony. This sounds simple in theory and it is, but the problem comes with the pesticides. While over-the-counter pesticides are available to the general public, they won’t be as strong as the ones the pros like us use. This is because the powerful chemicals are illegal for anyone with a proper EPA license. Keep this in mind when choosing a pest management pro. Anyone handling these chemicals without the proper license is doing so illegally. 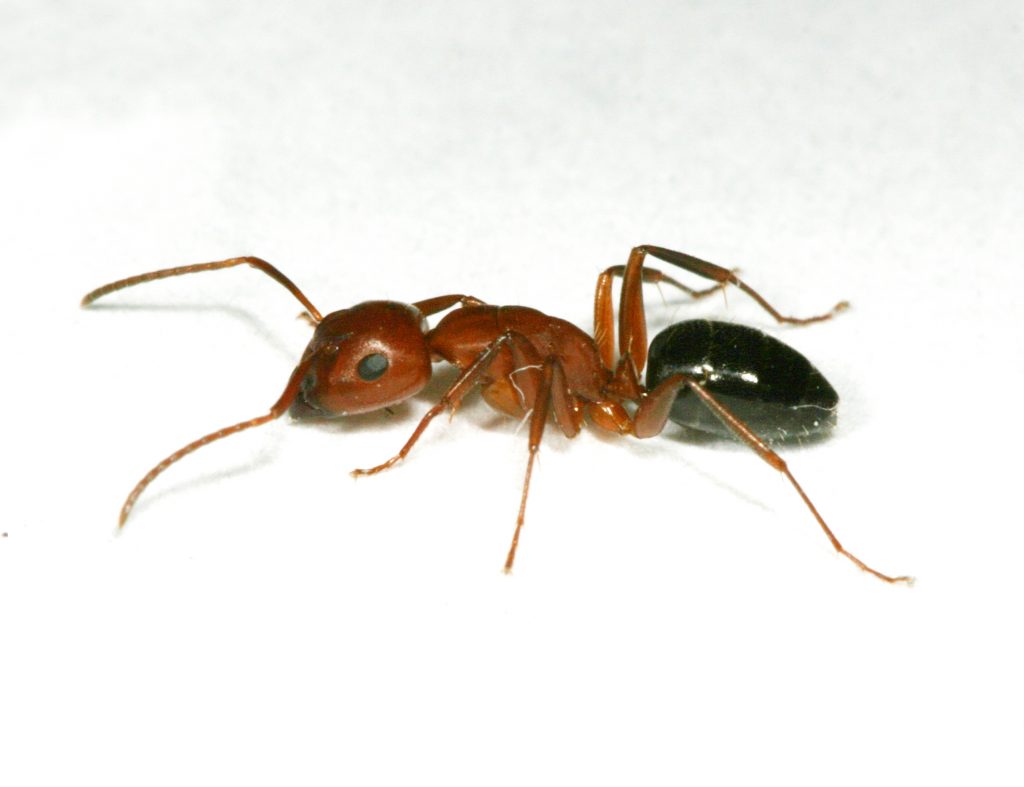